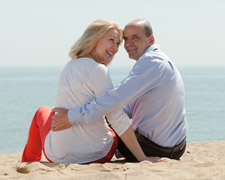 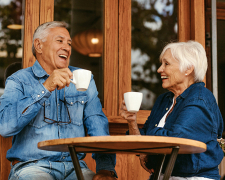 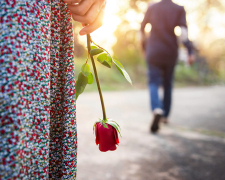 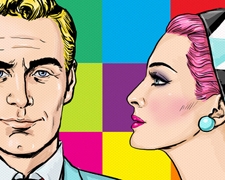 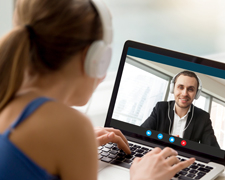 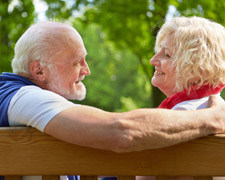 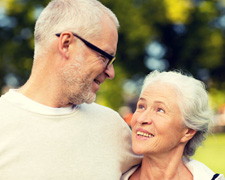 Though online dating can be challenging, recent studies have proven that it is one of the best ways to find a long-term, compatible partner. Research has found that couples who marry after meeting online are 25% more likely to stay married than their counterparts who met through traditional sources.

Much of this success is attributed to the shared values and beliefs of those who meet online. Instead of falling prey to a relationship based primarily on physical attraction, online partners generally connect on multiple levels before entering into relationships.

Online dating has resulted in many success stories over the years. The following tales of online romance are a few of our favorites.

After seeing happy couples dancing at a wedding, however, Nancy felt especially glum about being single. As she drove home, she heard an ad for a trial on a popular online dating site. She signed up and saw a man with a wonderful smile. After seeing the man's face three times, she decided it was a sign. She reached out to the man, named Jack, and the pair began exchanging emails. Soon, Jack and Nancy were flirting and talking for over an hour each night.

A short while later, Jack went on a road trip to go meet Nancy. For their first date, the couple spent over half a day together, visiting all of the tourist destinations in Chicago. After a weekend together, Nancy was smitten. She realized that should could indeed love again.

Nancy recently moved to another state to live with Jack. Her whirlwind romance has excited all of her friends, who are now eager to find love online. Now living together, Nancy and Jack's love story has truly had a happy ending.

Mike and Mila were in their 50s when they met on a senior dating website. Mike had just joined the site. After skimming through a few profiles, he arranged to meet up with two different women. One of these women was Mila. Unfortunately, Mike was left hanging for his date with Mila. The pair wanted to meet up, but the long and dark winter nights made it hard to plan an evening date outdoors. Though Mila, a shopaholic, showed up late to her first date with Mike because she was busy shopping, the two immediately hit it off.

After their first date, Mike told Mila that he would stop looking for other women to date if she was serious about going out with him. Mila assured him that she was interested, and the rest is history.

Mike and Mila's story is certainly a happy one. The couple has now been together for almost 4 years. With great attitudes and a little luck, this happy couple found lasting love.

Richard and Joan met online at the ages of 74 and 65. Both widows, neither Joan nor Richard were sure if they could ever find love again. Combined, their previous marriages had lasted almost 90 years. Despite their uncertainty, the pair signed up on a 50plus-Club and hoped for the best.

Joan was about to give up on online dating when she encountered Richard. Her previous online dating experiences had gone poorly; dates had either misrepresented themselves online or stood her up. Joan decided to give things one last try, though. She sent Richard an email and he replied. Though they lived a few states apart, travel brought Richard to the area, allowing them to finally meet up.

After a wonderful lunch, Richard took Joan to a bead store. As a passionate jeweler, Joan was thrilled. After their date, Joan asked Richard if what she was feeling was love at first sight. He replied that he thought it was; he was feeling the same way.

Joan and Richard maintained a long-distance relationship for over a year before deciding to get married. Five years later, the pair remain head-over-heels in love. This couple's touching love story is truly one for the ages.

Though online dating poses many challenges, some of the happiest senior couples have connected through the internet. Whether you've found that special someone or are still looking, these joyful stories are a testament to the fact that true love can indeed be found online.